With a new generation of consumers coming of age and economic power, let’s explore ways retailers can appeal to Gen Z without alienating their older customers.

In 2017, soft drink brand Pepsi went to market with an advertisement that shook the marketing world. It depicted a protest in support of the Black Lives Matter movement, featuring a group of stereotypical Millennia’s marching in the streets in front of a group of police officers clad in riot gear.

The ad reached a crescendo when supermodel Kendall Jenner, while in the midst of a photo-shoot, glimpsed the nearby protest and charged in, ultimately diffusing the situation by handing a police officer a Pepsi to drink.

As he takes a sip, he smiles and nods, the crowd cheers, and the protests are miraculously over – transforming instantly into a massive street-party.

The backlash was instantaneous. Bernice King, the daughter of Dry Martin Luther King Jar, commented on the absurdity of the suggestion that Pepsi was the answer to police brutality and racism.

The Internet echoed her sentiment; the most-used term to describe the ad was ‘tone-deaf’. Pepsi withdrew it almost immediately. So what went wrong?

With one ad, Pepsi reduced a highly sensitive political and social issue to a two-minute montage of stereotypes, made even more cringe-worthy by a gratuitous celebrity endorsement.

PepsiCo, a multi-billion-dollar group with access to enviable budgets, resources, and top-tier research firms and advertising agencies, was mocked by their target market because their advertising was based on an oversimplified caricature and shallowly pandered to their concerns.

And while PepsiCo offers a stellar example of ‘generational marketing’ gone bad, it is hardly the only brand to suffer the consequences.

The limits of classification

So, what are the most common pitfalls of generational marketing, and how can businesses avoid them?

The answer starts with how we define a generation. An international report on generational consumer behaviors, and classifies each generation based on these years:

However, census data, marketing firms, and demographers all use different years to mark the beginning and end of each generation.

This confusion around generational cohorts means it’s entirely possible that when businesses decide on a target market, they may be discussing different age groups altogether.

Indeed, the generational classifications from the report don’t necessarily group consumers in a logical way.

Even if we accept the notion that a generation can span 15 years – rather than the accepted definition of 20 or more years – the oldest (‘leading’) Millennial would be turning 40 while the youngest (‘trailing’) would be in their mid-twenties.

By grouping them both into the Millennial target market, we imply that these consumers are demographically and psychographically the same – and are therefore likely to share the same purchasing habits.

Yet there are some key differences. In the US, leading Millennia’s have an average net worth of $300,000 while trailing Millennia’s are, on average, $40,000 in debt.

Leading Millennia’s remember dial-up Internet and went through school and university without social media, while their trailing counterparts have documented their entire lives on social media.

And finally, leading Millennia’s had their early careers derailed by one of the most tumultuous times in economic history – the Global Financial Crisis – while trailing Millennia’s graduated from school and university during an economic growth cycle.

In essence, by trying to neatly categorize consumers, generalizations, stereotypes and clichés have been perpetuated.

Baby Boomers were once typecast as pot-smoking, peace-loving hippies who didn’t care about work or wealth. As it turns out, this is the same generation that was the catalyst for the economic excesses of the 1980s, the financial collapse of 2008, the environmental crisis that confronts us today and numerous conflicts across the globe.

Similarly, Gen X were labeled as ‘slackers’ and seen as apathetic towards voting and education. It wasn’t until years later that demographers realized that they weren’t apathetic – their population was simply 15% smaller than the generation that preceded them.

So, if we got it wrong with those two generations, perhaps the labels associated with Millennia’s – such as lazy, narcissistic and entitled – are also wrong.

And if that’s the case, what are the chances businesses are going to fall into the same trap with Gen Z, the newest and largest generational cohort?

As the old saying goes- Those who cannot remember the past are condemned to repeat it.

Businesses are endlessly trying to devise strategies that appeal to generations. In 2012, confronted with an ageing customer base and lagging sales, US department store Macy’s announced a plan to become the ‘store of choice’ for Millennia’s and launched One Below, a flagship location in New York.

Supposedly designed with Millennia’s in mind, One Below could best be described as a cliché’s attempt to pack the space with everything Macy’s management thought Millennia’s would want – a selfie wall, 3D printers and mobile phone charging stations.

That year, Macy’s fell well short of analysts’ financial expectations and the disappointing sales trend has continued to the present day. It’s clear that these efforts didn’t generate enough traction with younger generations.

Each generation is comprised of consumers in completely different life stages, with different social, economic and cultural experiences

Macy’s didn’t take the time to truly understand its customers outside of generational stereotypes – and so didn’t provide them with products and experiences they valued.

In contrast, footwear and clothing company Nike has developed an acute knowledge of its customers.

The company has used technology to understand how its customers shop, as well as who they are and what they like.

The popular Nike+ app acts as a gateway for collecting customer information and also offers customers access to exclusive experiences in its flagship stores.

For a more direct comparison with Macy’s, we can look to New York’s Show fields, which markets itself as – the most interesting store in the world. It looks and feels more like an interactive museum than a store, with founder Tal Zvi Nathanel explaining that it is designed to-bring back the element of serendipity.

The joy of finding something rare or unique is integral to bricks-and-mortar success, and this justifies why Show fields only stocks products that are difficult to find in other stores. It also allows the store to appeal to a broad range of customers.

While COVID-19 has limited our ability to experience bricks-and-mortar retail, I firmly believe that unique, real-life, visceral and social moments will be more important, post-pandemic, than ever – for every generation.

In 2020, Gen Z became the largest generation by population. Instead of focusing on what makes them different from other generations, retailers should challenge themselves to think about what makes them the same.

We all have fears and insecurities, we all seek friendship and love, we all want to be the best version of ourselves, and we all want to feel included. And along the way, we want memorable and shareable experiences.

Five key elements of the retail experience that don’t just appeal to one generational cohort, but to all:

Surprise – the shopping experience contains elements that are completely unexpected

Uniqueness – the business takes the old model or way of doing things and flips it on its head, offering an experience that feel fresh, new, different and exciting

Personalization – the customer feels like they are experiencing something that was designed ‘just for them.

Engagement – the retail experience appeals to all the senses, and involves the customer in a visceral way

So, let’s forget what we think we know about generations – and instead focus on what it is to be human. 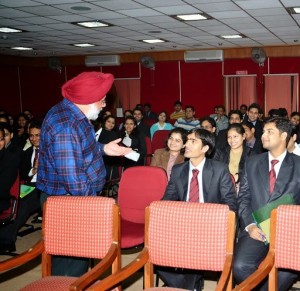 Meditation- most powerful tool to remain calm in current crisis