A very common form of stress which has raised its head in recent time is stress-induced due to one’s role. There was once a famous movie actor, well known as one of the best of all time and he was obviously very much aware of the same. One day as he was shooting for his new film; his director, a very prominent figure in the filmmaking arena, mentioned to him that there was a general perception spreading in the film industry as well as in the film going audiences that the actor was getting older with time and his performance was dropping and he needed to spruce up his performances if he had to compete with the younger actors. As soon as he heard this, he started taking his acting role and everything related to it over seriously and lost his happiness completely because he had been used to listening only to praises regarding his performances and reputation all his life. He also forgot all that the world had given him all his life, all the love, respect and adulation and became angry, bitter and resentful towards everyone he met, believing that they were no longer held those feelings for him as much as before. Also, a general sense of fear and nervousness started developed inside him regarding his next performance.

One piece of information had changed him altogether. What had gripped him – Role Induced Stress. His emotion of stress was made of three sub emotions – sorrow, anger and fear (or worry). What was the cause – he over identified with his role? He believed he was an extremely famous hero actor. But was hero actor what he was? It’s what he did. But he learned to believe it is what he is. Even we need to remind ourself that we get to play various roles on the world stage of action and that if we overidentify with any of the roles, which a lot of us do, then just like the actor, our creativity, spontaneity and lightness is reduced and we start to take things far too seriously, more than necessary, and as a result get stressed.

It’s not at all wrong to treat what we do seriously, but it’s a mistake to believe what we do is extremely important and we are extremely busy people living an extremely busy lifestyle. This kind of consciousness makes us over-serious. Let us take another example of role related stress: A very common sign of this is carrying a lot of thoughts of one role into the other. E.g. Aarti, a young mother, switches roles from a software executive in the corporate sector, a role which she plays in the entire day, to a parent and wife in the evening. If she is over thinking about her day-role while playing her evening-role, it is a sign she is over-identifying with her day role and there is a lack of detachment. As a result, she starts becoming over-serious and suffers from role induced stress as a result. There is a deep connection between seriousness and fear. E.g. In this case of Aarti, as a result of attachment to her role, there are lots of fears that she carries regarding her role of software executive – fear of loss of position; loss of love, respect and reputation – either in her company or in general in society, not succeeding, not getting promoted etc. because of which she is over-serious and she carries the role in her head almost all the time, even when she sleeps. That is why so called extremely busy people sometimes complain of sleep problems.

This can happen with us; with any role we play. This kind of stress, just like in the case of the actor (explained) is generally made up sorrow, anger and fear – one of these three different negative emotions from time to time or more than one at the same time – phases of dejection or feeling low or a lack of enthusiasm or a general disinterest in life events; phases of frustration and experiencing a lack of control of events and people, due to which there are frequent outbursts of anger and phases of immense worry regarding the future, all of which affect our mind, our physical body, relationships and even success of our role; although it is our role itself (our over-identification with it) which is the root cause of this emotional turmoil inside us. So instead of benefitting our role, our over-concern for it starts affecting it adversely.

When we feel stressed our difficulty tends to be reflected in certain physiological (physical) and psychological (mental) symptoms, whose importance we may not fully understand. These are normal signs that we should re-check our priorities – our body, or our state of mind, is telling us that something in our lives needs to change. Listed here are some more common signs:

Restlessness – We could have difficulty sitting still for even short periods of time and we may play with our hands, play with our thumbs or play with the rings on our fingers.

Impatience & short-temperedness – We could find ourselves becoming angry at any moment for simple reasons; or we may snap at people, too quick to assume that they are accusing us.

Obsessive Working – Overworking can be a stress symptom, although stress can also cause some people to work very little. Ø Loss of Appetite – Food doesn’t interest us anymore. Either we don’t eat, or we over-eat junk food.

Fear of Silence – Silence may cause us discomfort, so that we over-talk when with other people. Sometimes we may not tolerate noise at all. To overcome role induced stress always feel and consider the world around us to be our source of happiness and joy, our moods will fluctuate, even with the changing weather.

But when we are spiritually empowered or strong our happiness and joy come from inside. We are stable in the face of praise or insult, loss or gain. We are no longer moody and stability becomes our basic nature. We are in control of our life, our feelings. If we cannot control the waves of the ocean of life around us, then how we can control and respond to outer events and people. This is what we learn from the lesson of Emotional Intelligence (lesson of EI – in short, head working with heart). When we do that, we will be able to choose what we feel, regardless of what may happen in our life. Life stops being a rollercoaster and becomes more of a cruise, less a storm and more a gentle breeze. Let us promise to become emotionally robust, how? LPG-Learn, Practice and Grow. 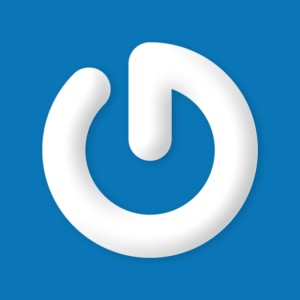 IERD-Global SME News Webinar: SMEs need to reinvent themselves in the new normal